Trending: Thailand seeks Filipino teachers for “English For All” program

Just recently, my Facebook news feed has been flooded with this trending news about the intentions of Thailand to employ Filipino teachers. I’ve actually heard some hearsay about this topic already which allegedly came from an unreliable source which I couldn’t find any shreds of evidence of this trending issue yet not until I saw on my Facebook newsfeed. I read the news from Manila Bulletin- Philippine’s leading newspaper saying that… 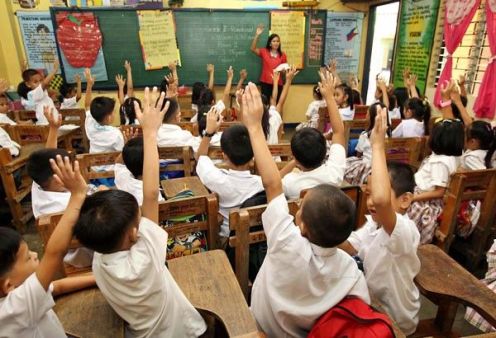 The Department of Education (DepEd) and the Ministry of Education (MOE) of Thailand convoked a meeting at the Philippine International Convention Center (PICC) on March 12, 2019, to deliberate the Filipino Teachers for the “English for All” project of the Kingdom of Thailand.

DepEd Secretary Leonor Magtolis Briones shared that the inter-agency on the proposed Memorandum of Understanding (MOU) on the government to government hiring of Filipino teachers was started off  by Dr. Teerakiat Jareonsettasin, Ministry of Education in Thailand, during a side meeting last October 2018 at the ASEAN Education Ministers Meeting in Nay Pyi Taw, Myanmar.

The MOU intends to improve and promote the international professional exchanges between the two countries to confirm teachers’ protection and welfare, as well as to facilitate the recruitment, entry, and exit of Filipino teachers to and from the Kingdom of Thailand in accordance with the provisions of Thailand and the prevailing laws and regulations of the Philippines, pursuant and in accordance with the rules and regulations of the different Philippine government agencies such as the Philippine Overseas Employment Agency (POEA), Overseas Workers Welfare Agency (OWWA), Department of Labor and Employment (DOLE), Department of Foreign Affairs (DFA), Professional Regulation Commission (PRC), and Commission on Higher Education (CHED), among others.

“It’s not a plan, it’s not a policy proposal, it is an existing situation and if we can think, we can agree on a better way by which we can protect the Filipinos and at the same time, the Thai government, because it’s not able to regulate and it’s not able to keep track of all Filipinos who come,” Briones explained.

Meanwhile, the Secretary to the Minister of Education of Thailand, M. L. Pariyada Diskul underscored that they have big projects with teachers from the Philippines who are very highly regarded. 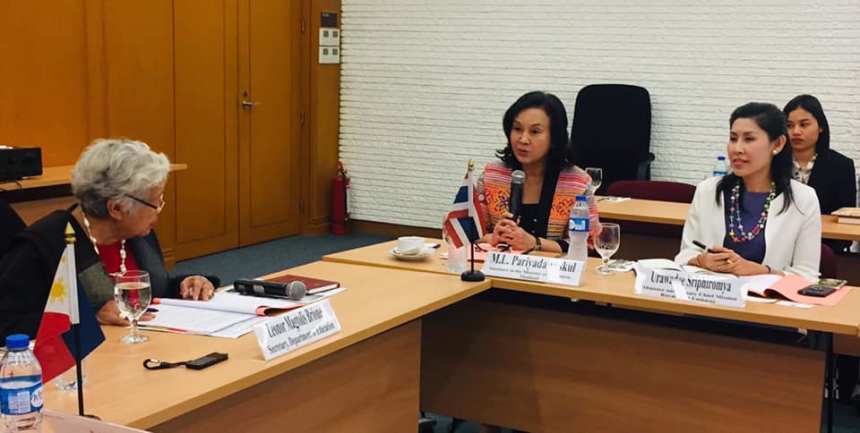 “Your teachers are very diligent and blend in well with our culture. We want to recruit Filipino teachers to be placed in the Eastern Economic Corridor (EEC) government schools, which are the three provinces in the eastern side of Bangkok to upgrade the English competencies of the children in that area,” Diskul explained.  “I hope this will be the beginning of many other projects to come,” she said.

In conclusion of their successful meeting, Briones expressed her gratitude for the “milestones and initiatives” set by Thailand to “strengthen ties by helping Filipino teachers who are working and are planning to work in their country”.

This site uses Akismet to reduce spam. Learn how your comment data is processed.